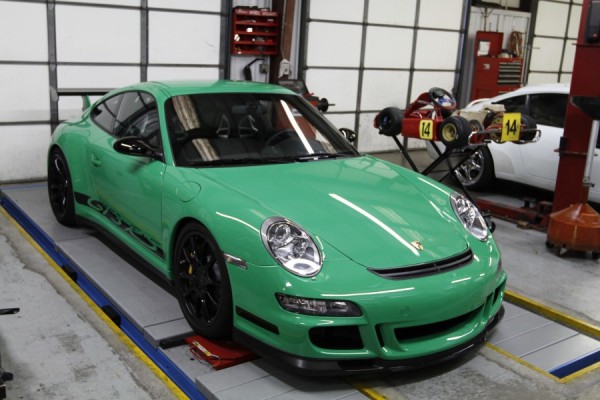 While Porsche’s fantastically quick GT3 RS may leave the factory with little room for improvement, don’t tell Rolex Grand-Am Champion Leh Keen.  His own signal green GT3 RS has just entered the Autometrics Motorsport’s stable for a serious dose of horsepower and speed. 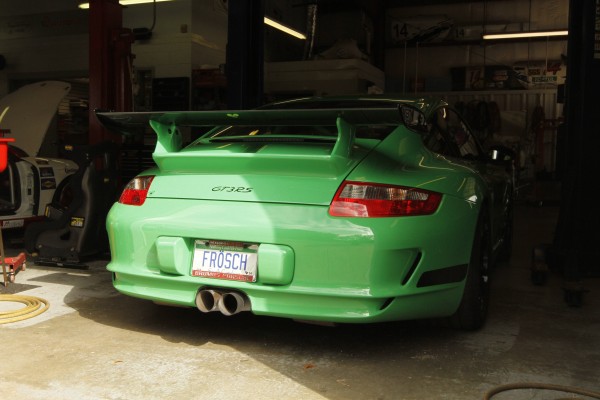 Leh’s won races and championships in everything from air-cooled 993s to full-bore 997 GT3 Cups.  He’s driven wildly-modified Mitsubishi Lancer Evolutions in unlimited time trial classes and torn across the U.S. for Car and Driver’s One Lap of America in monster-horsepower Toyota Supra Turbos and Nissan GTRs.  He knows what it means to perform at ten tenths.  No surprise then, that he sees a little room for improvement in the GT3 RS.  Or that he chose Autometrics Motorsports to make his vision a reality. 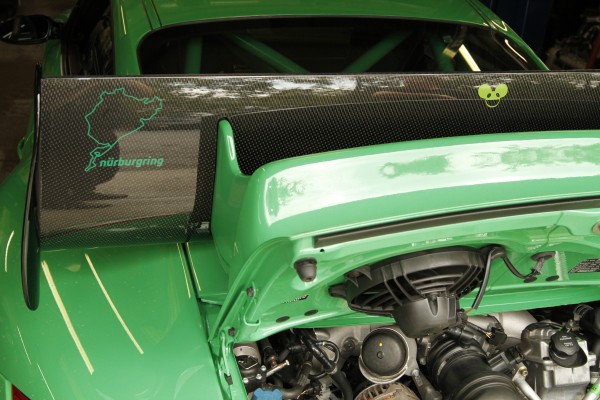 Built in 2008, this GT3 RS boasts outstanding specs.  Lightweight aluminum makes up nearly every panel save the steel unibody.  Stout 19” wheels occupy every last millimeter of wheelwell including Turbo style rear fender flares.  Carbon fiber seats cradle driver and passenger.  A partial roll cage replaces rear seats and provides peace of mind.  But beyond the thrilling looks and impressive details lie the two most important numbers: the 415hp produced by the 3.6-liter flat six, and the 3031lb curb weight that comes in 44lb below the already lightweight “normal” GT3.  These numbers equate to a 4.0 second 0-60 run and a top speed of 193mph, which, if you’re Leh Keen, is a great starting point. 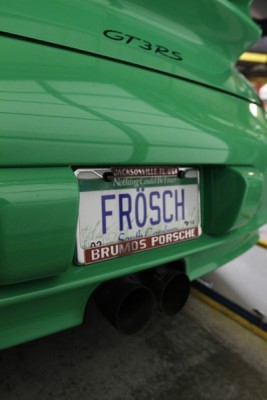 Plans for the RS, affectionately known around the shop as “Frosch” (German for “Frog”) are still being finalized at the time of this writing but two things are certain: the 3.6 liter flat six is coming out for a complete teardown and rebuild to full 4.0 liter specs and the six speed transmission is receiving a tire shredding 4.00 final drive. 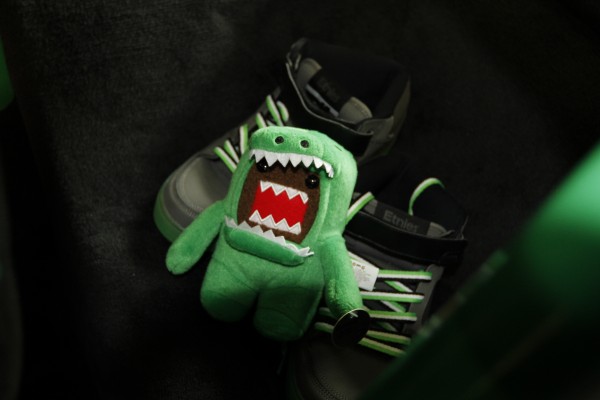 Stay tuned for our next installment when the GT3 rolls onto the lift and the 3.6 rolls into the engine room.