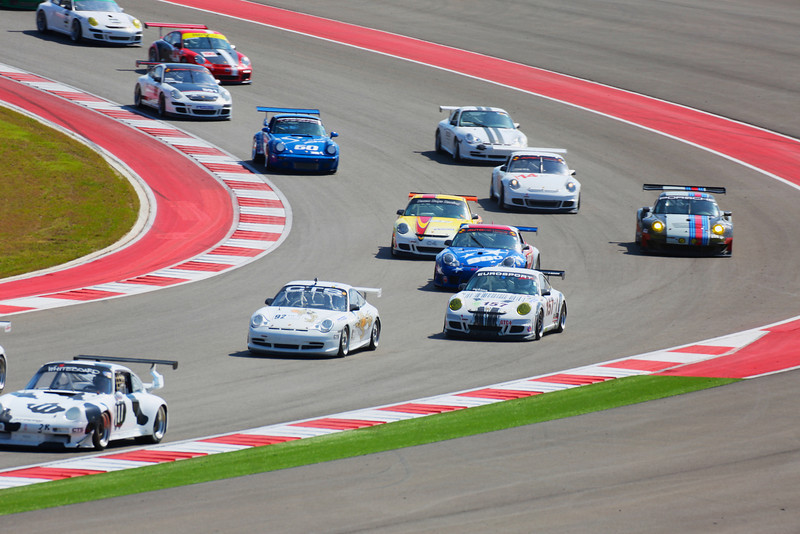 Finding The Circuit of the Americas, its sweeping turns, large elevation changes, massive runoff areas and striking observation tower on the outskirts of Austin Texas—a city best known for its outstanding music festival and staunch individualism—is a bit like discovery your favorite folksinger moonlights as a nuclear scientist.  It’s unexpected and utterly impressive.  No surprise then, that interest in the Porsche Club of America race at the new venue was intense, and that Autometrics Motorsports arrived with no fewer than six entries.

Joe Toussaint in the #900 Porsche 996 showed remarkable consistency and speed.  Qualifying 3rd in the GTA1 class, Toussaint then secured podiums in each of his races by finishing 2nd in the fun race, race one, race two and the enduro. 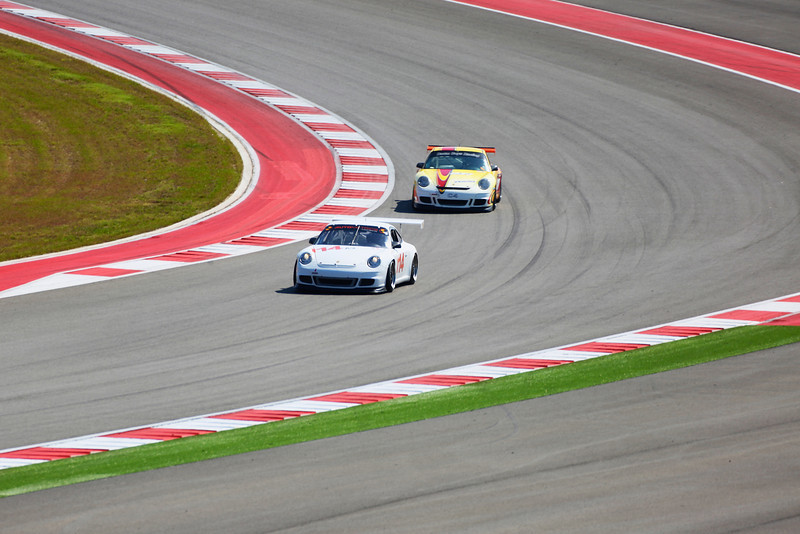 David Baum, in the #03 Porsche 997 GT3 Cup laid down a blistering lap to grab pole position during qualifying for the GTC4 class and then used this staring position to finish on the podium in each of his three races.  With his impressive pace Baum won race two, finished 2nd in race one and 3rd in the enduro. 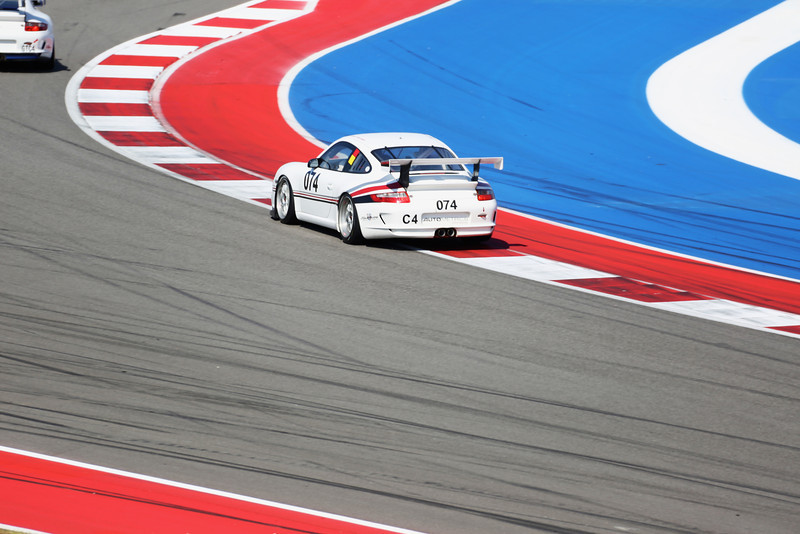 Laurent Verstreken in the #074 Porsche GT3 Cup built upon a solid 10th place qualifying position with a 10th place finish in the enduro, a 9th in Race one, and 8th in the fun race, and an 8th in race two. 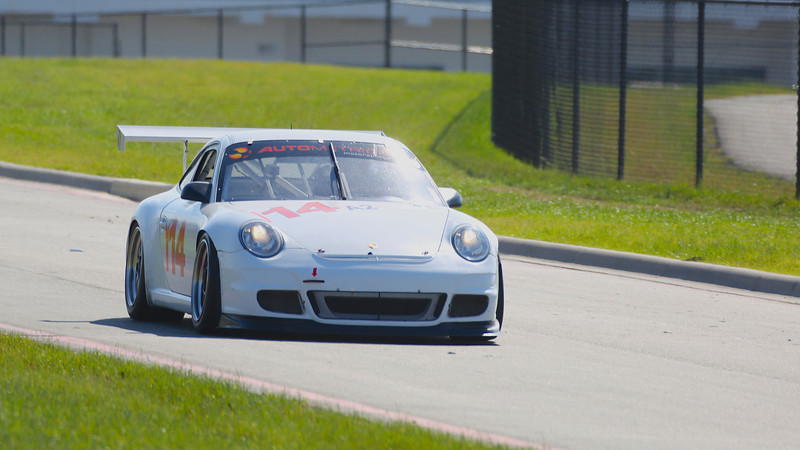 Cory Friedman in the #114 Porsche 997 GT3 Grand Am Cup hunted (and beat) many a 4-liter car in the GTA2 class despite his car displacing .4 fewer liters at 3.6.  Qualifying saw Friedman post the third fastest time in class and in race two he picked up another position to finish 2nd. 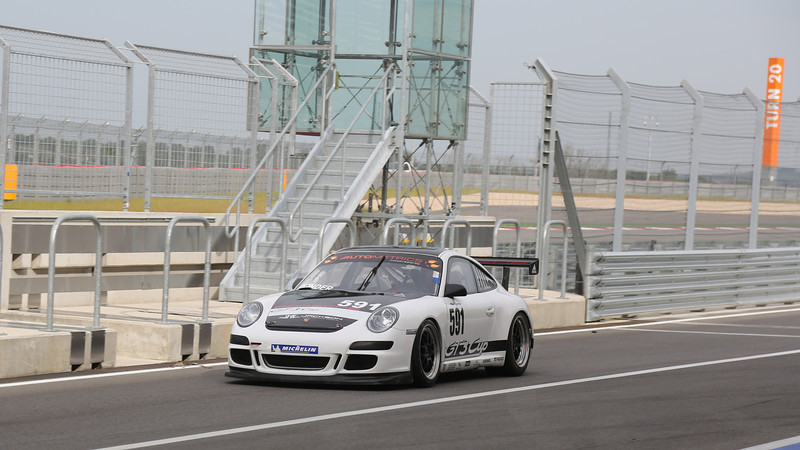 Nick Ponder in the #591 Porsche 997 GT3 Cup transformed an 8th place qualifying position in the GTC4 class into 5th place finishes in both the fun race and race one, a 3rd in race two and a 7th in the enduro. 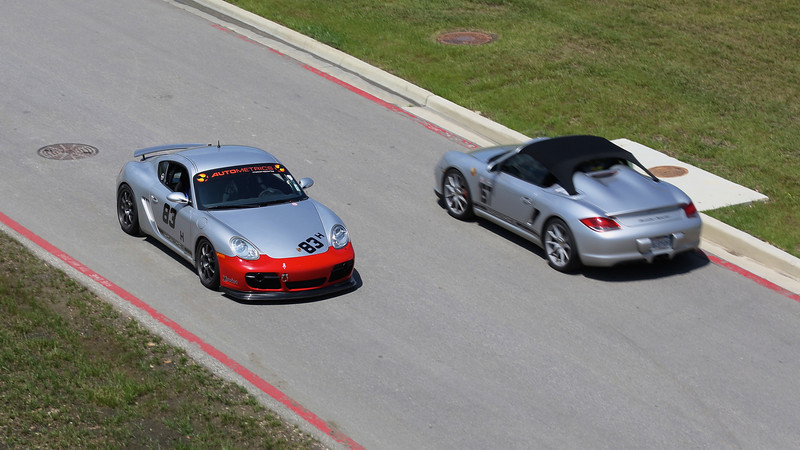 Jay Ramowski powered the #83 Porsche Cayman to a 2nd place qualifying position in the H class and then continued this fast pace to finish 2nd in race one and 4th in the fun race.

Overall, Autometrics Motorsports enjoyed the kind of fast and successful weekend we strive to deliver to all of our clients.  If you’d like to campaign a Porsche on track, receive driver-coaching or engineering expertise from our record-holding team, or buy, sell, store or maintain a Porsche, contact us.