From Brickyard Bliss, to Blues 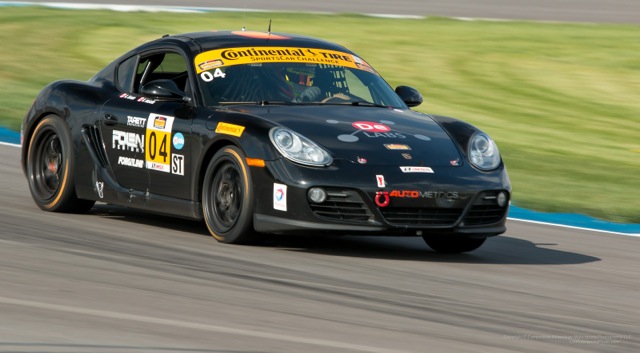 Some days we would, as Lefty Gomez once said, “rather be lucky than good.”  We were very, very good at the Indianapolis Motor Speedway round of the IMSA Continental ST championship this past weekend.  Luck, however, was another matter. 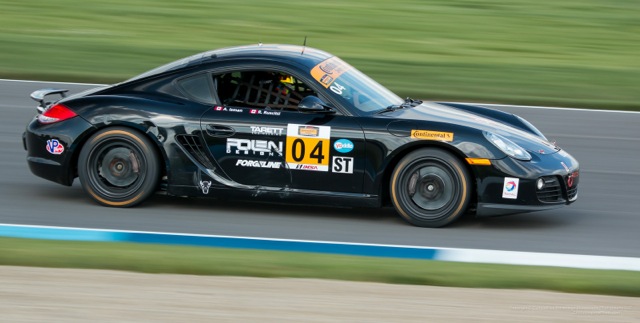 Thursday at the Speedway broke clear and calm with scattered clouds and reasonable temperatures for both the practice and qualifying sessions.  David Baum and Cory Friedman, in the #24 Autometrics Motorsports / Hastings / Mac Papers / Porsche Cayman focused on car setup and, for Baum, learning the course in what was his first drive at the Speedway. 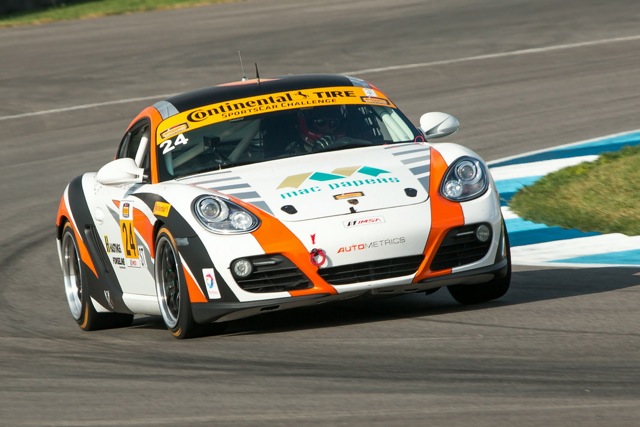 Adam Isman and Remo Ruscitti also counted this weekend as their first drive at Indy and set about familiarizing themselves with the track.  It didn’t take long before their #04 Autometrics Motorsports / DE Labs / Porsche Cayman topped the practice session.  Then, in qualifying, Adam Isman turned in consistent, blisteringly quick laps to earn his first IMSA Continental ST pole position. 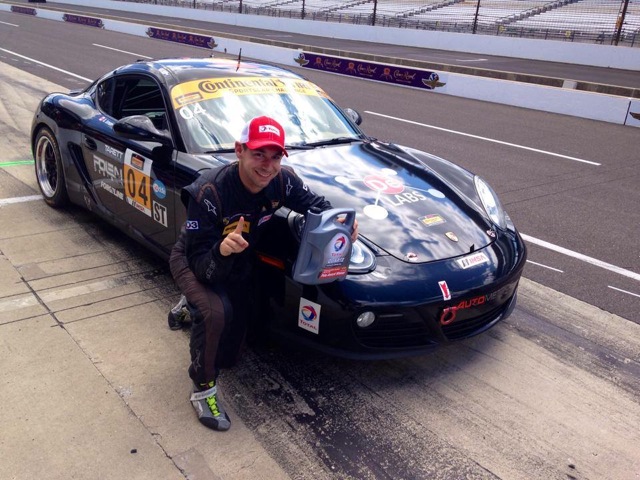 It’s a special moment to see one’s car number at the top of the Indianapolis leader pole.  And with the outstanding drives by the Autometrics Motorsports pilots and the team’s hard work, high expectations awaited Friday’s race. 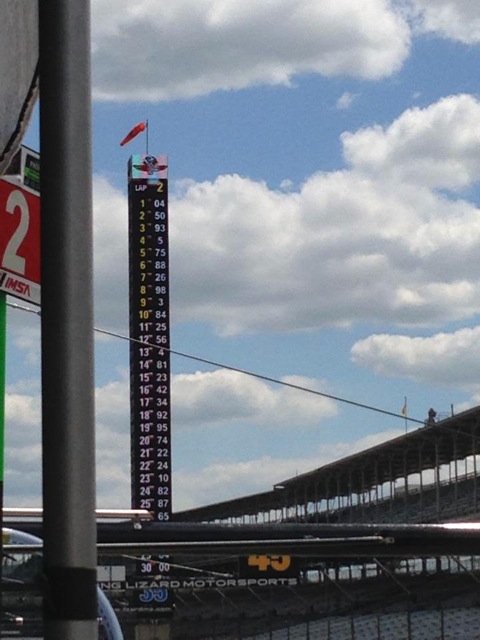 When the green flag fell on Round 9 of the IMSA Continental Sports Car Championship, Isman immediately settled into the lead and Baum, in the #24 car, began picking up positions.  To those in the grandstands it seemed the race was unfolding easily and that the outcome would simply be a matter of outright speed.

In pit lane, however, teams scrambled to calculate fuel consumption, correctly time pit stops, prepare for the constant threat of rain, and remain alert for yellow flags.  With yellow flags few and far between and brief moments of rain dampening several turns, Autometrics Motorsports lead engineer and race strategist Adam Friedman pulled both cars into the pits slightly early in their fuel windows.  The strategy kept the Autometrics Motorsports cars on the same schedule as the other front-runners and ensured the team wouldn’t be caught out by an ill-timed yellow or rain. 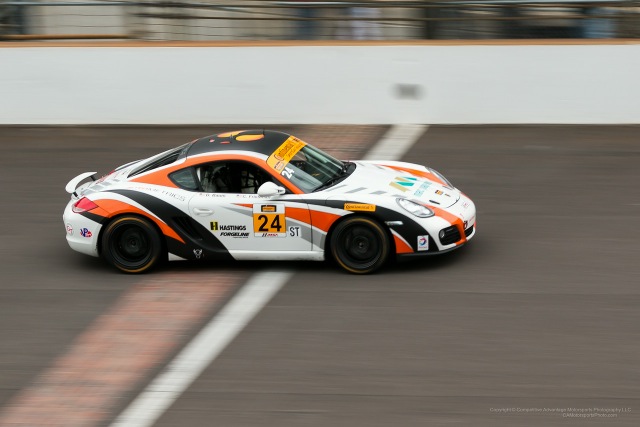 Friedman continued to pick up positions in the #24 car and Ruscitti charged back to the front in the #04 car as the field reshuffled from pit stops.

Everything was set for Ruscitti and Isman’s second victory in a row.  Then, just four turns from the checkered flag, the transmission let go.  The #04 car limped home, but not before losing the lead and three additional positions. 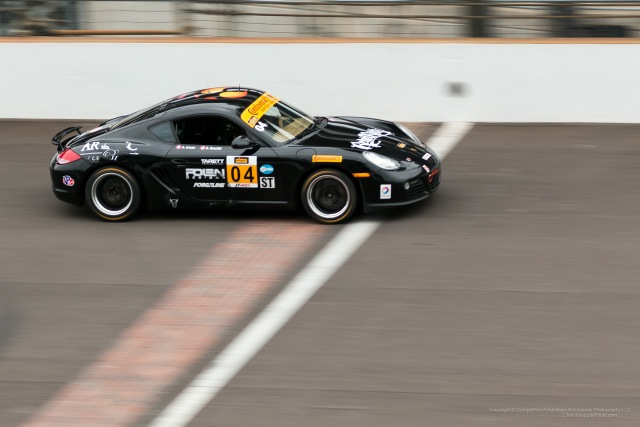 It’s difficult not to be heartbroken when victory slips from the one’s grasp literally seconds from the checkered flag.  But as lead engineer Adam Friedman said in the team’s Monday morning debrief, “It doesn’t make it sting any less, but we must have high expectations of ourselves when 5th and 9th place finishes in a highly competitive pro racing series are a huge disappointment.”

Look for Autometrics Motorsports at the next round of IMSA Continental competition at Road America, August 7th-9th, where the team will return with high expectations.