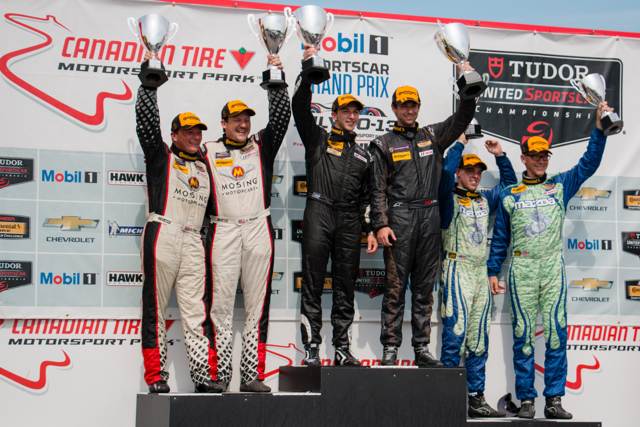 Canadian native Isman turned in commanding drives in both qualifying and the race.  Just 0.014 seconds off the pole position near the end of the qualifying session, Isman backed the Cayman into a tire barrier while pushing incredibly hard to shave a few hundredths from his time.  The car was largely unhurt, but the Continental tires were flat spotted and changing them for the race meant starting from the back.   Nevertheless, Isman drove cleanly and aggressively in the first half of the race, pushing the #04 Autometrics Motorsports / DE Labs / Porsche Cayman past four competitors on the first lap, two on the second, and yet another two on lap three.  By the time a midrace yellow flew for an on-track incident and Isman pointed the Porsche into pit lane for tires, fuel and a driver change, he had passed half the field and climbed the leader board into 12th position. 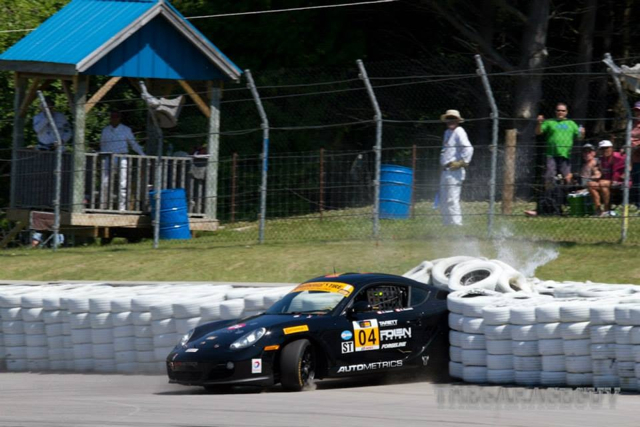 Fellow Canadian Ruscitti took over from Isman after fast work from the Racer’s Edge crew (partnering with Autometrics Motorsports for the Canadian weekend) gained the #04 car another two positions.  The race then quickly became one of not just outright speed, but of conserving tires and fuel.  Ruscitti did just that, craftily racing his way into second and pacing the leader. 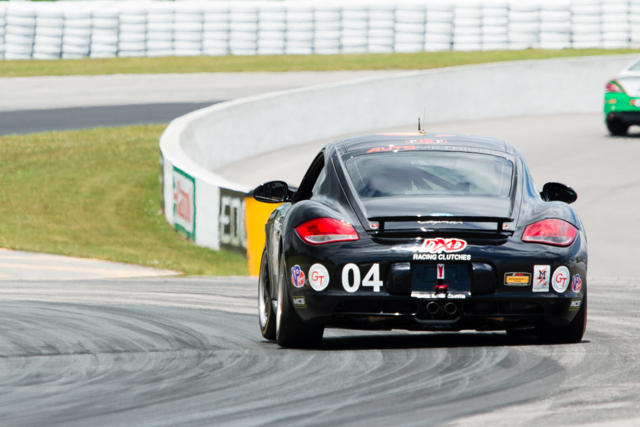 When the yellow flag waved again with some twenty minutes remaining, it saved ST competitors enough fuel that everyone was wide open when the green flag waved again.  On the charge, Ruscitti’s attempt to pass for the lead was rebuffed with contact from the leader and he fell to third.  But not for long.  Into second place he charged again and then cleanly gained the lead for good.  With clear track ahead Ruscitti turned consistently quick laps and ran to the checkered flag. 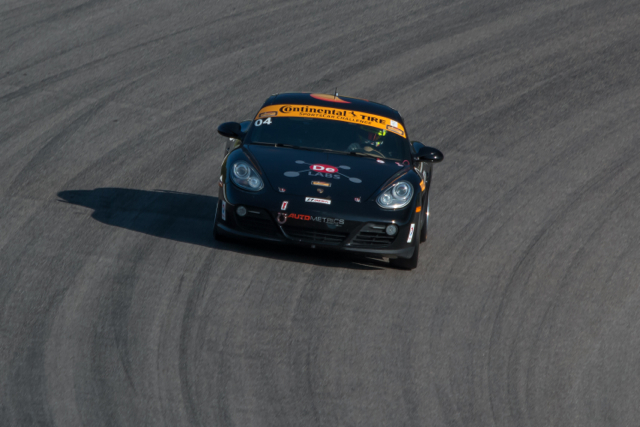 “I’m really proud of these young drivers and, in fact, our whole team,” said Autometrics Motorsports Team Principle Gordon Friedman.  “We’ve been so close several times this season only to have a little string of bad luck.  But it never affected Isman, Ruscitti, or the crew.  We may not have any control over bad luck, but we do have control over how we respond to it.  As a team owner I couldn’t be any prouder of our people and their work ethic.  This win is theirs.” 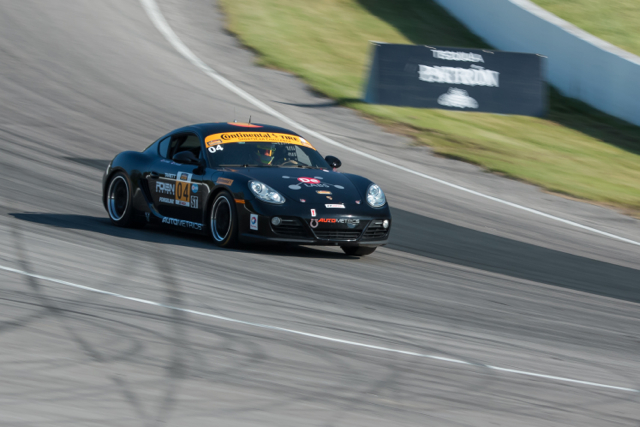 Look for Autometrics Motorsports to build upon this winning performance when the IMSA Continental Tire Sportscar Challenge visits the home of American speed, the Indianapolis Motor Speedway, July 24th-25th.

Autometrics Motorsports has been building and campaigning Porsches at the highest levels of competition for more than thirty years and provides these services for customers across the United States.